Don E. Shultz, from Northwestern University, at the UFM 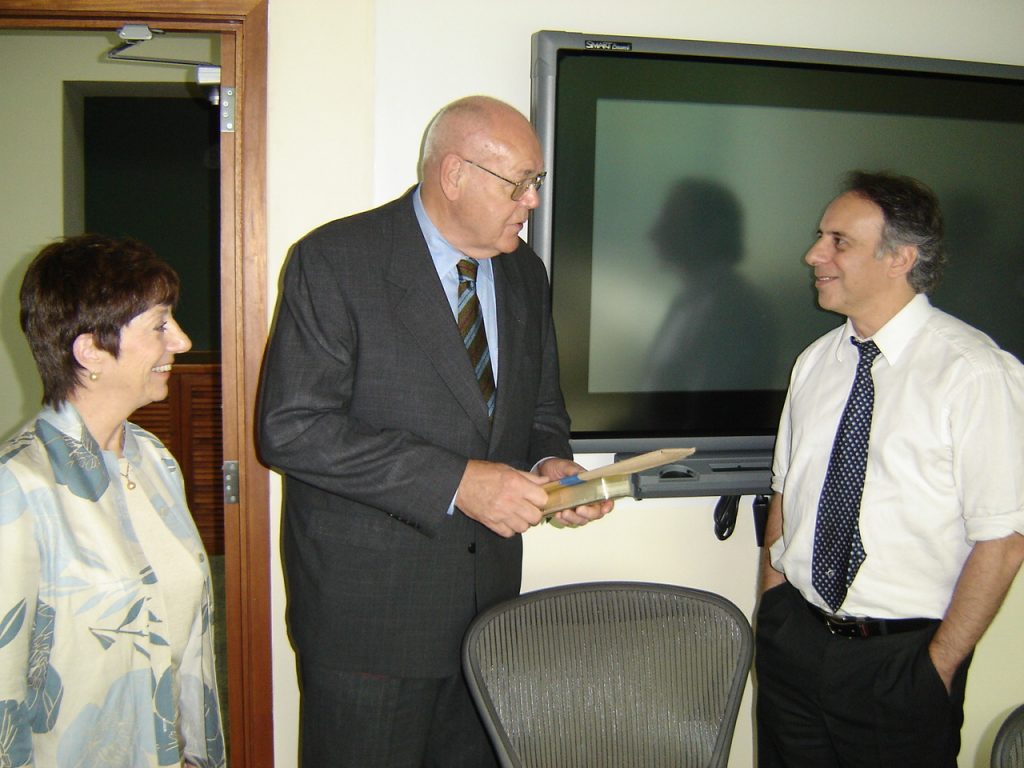 In order to participate in the Strategic Marketing course given by Maria Isabel de Gómez at the Business School of Universidad Francisco Marroquín, Professor Don E. Shultz, from Northwestern University visited this house of studies last May 8th of 2007.

Schultz is the main creator of the Integrated Communications Marketing model and, at the moment, he is Professor Emeritus-in Service in that area at the
Medill School of Northwestern University.

Professor Shultz has participated three times as a virtual professor in the Strategic Marketing course lectured by Gómez at the UFM, where the book IMC The Next Generation by Shultz is used. He also wrote Brand Babble: Sense and Nonsense about Brands and Branding and Communicating Globally, among others.

«The experience in virtual classes has been very interesting because it has given us the opportunity to involve the students not only in class, but on-line. The students make very good questions and this is the first time that I am going to meet them face to face», said Schultz.

The visitor related that hes had a lot of experience with on-line conferences and webinars and that, in the way that technology improves, the programs have also improved. Although he explained that on line classes present some difficulties such as seeing the reactions of the students; he indicated that the advantage is the possibility of eliminating geographic limitations in education.

«The facility to teach in different places of the globe increases the possibilities of fussing ideas and concepts, as well as to create global communities of people who have heard, or discussed them all around the world», he expressed.

When explaining other advantages of on line education, Shultz explained that it allows students to make a better use of their time. Because they know that the professor is going to speak about a certain subject, at a certain time, it forces them to prepare better than if they know that the professor is going to be available during a week, or more. This focuses the attention of the student and the professor. Also, in a normal class, if a professor does not cover a subject, he can do it during the next session; but in this system, you must focus and cover what you have to cover before continuing. It is an organizing instrument that creates better interactions.

Shultz is president of the consulting company Agora Inc. and he has a Ph.D. in Mass Media from the Michigan State University; and a Masters in Advertising, from that same university.

Professor Shultz visited the UFM accompanied by his wife, Heidi, executive vice-president of Agora Inc. During his tour through the UFM he visited the Academic Building and its Socratic Wing, the New Media Digital Resources Center and the building of the School of Businesses where he met with dean, Juan Carlos Cachanosky and professors.