Doctor Weinstock, who directs that center and is titular professor at the Philosophy Department of that Canadian university, came accompanied by doctor Virgilio Ayala, head of the Section of Technology of Materials, at the Engineering Research Center at Universidad de San Carlos de Guatemala.

Weinstock is interested in ethics and politics, as well as in business ethics, bioethics and in ethnic diversity. During his studies in Harvard University he participated in a seminary with Robert Nozick, author of Anarchy, state and utopia; and of Invariances, among others.

During the encounter, President Ibárgüen talked about the UFM’s mission that is “to teach and diffuse the ethical, juridical and economical principles of a society of free and responsible persons”; and the motivations of the founders of the University.

He also talked about the commitment of this house of studies with excellence, which is defined as “a superior quality that makes people or things worthy of singular esteem or estimation”. President Ibárgüen explained that for this house of studies, academic excellence is “the quality of ideas, principles and performance of those who, like professors or students, are habitually located over the simple material and routine fulfillment of their duties, constituting before all a live example of coherent life”. Excellence understood this way “is only possible in a frame of freedom, competition and respect”.

Ibárgüen told them about the Arboretum, the New Media Digital Resources Center, the program of Impulso al Talento Académico and other aspects of the UFM. Afterwards they made a tour through the Academic Building and its Socratic Wing. 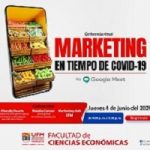 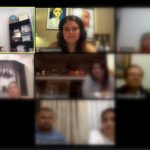 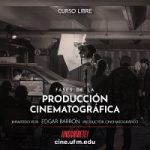