Manuel Ayau’s contribution to human liberty has been as an entrepreneur of ideas, both as a master synthesizer and communicator of classical liberal thought through his writings, and as founder of Universidad Francisco Marroquín, a unique and lasting venture in the world of ideas. He is, also, member of the board of directors of the Center for Economic and Social Sciences (CEES), and president of ProReforma.

Manuel Ayau applied his great entrepreneurial spirit and creativity to designing an institution and forging a team that have evolved into something far more than an imprint of the man and with a projection far beyond his country or lifetime. When he undertook this audacious enterprise in 1971, he did so in an environment that was intellectually hostile and politically dangerous, one that would call for personal risk and sacrifice. For more than four decades, with a balance of leadership and humility and a disdain for short cuts, he has invested enormous effort and time to attract, teach and inspire a team to take up the battle of ideas.

No one in Latin America has had more impact on those who today carry the torch of classical liberal ideas in the region. He has not only enriched and challenged their intellectual lives but by his example provides a model of courage especially for those who still face politically unstable and dangerous times.

Manuel Ayau is an example of a coherent life; his commitment to liberal philosophy is a thread that weaves through its every aspect. This is probably nowhere more manifest than in his difficult decision to leave the presidency of the university in 1989–when he was only 64 years old–to give following generations room to strengthen their wings and fly on their own, a move that would guarantee the university’s future beyond his person.

In 1958, one of Latin America’s first classical liberal think tanks was born in Guatemala of discussions among Ayau and a cluster of friends, who were concerned about the poverty of their country and what to do about it. At the Center for Economic and Social Studies (CEES), they set about studying, writing pamphlets and translating the thoughts of great classical liberal thinkers into Spanish which they mailed far and wide to anyone in Latin America who might or should be interested. These pamphlets, especially those penned by Ayau, would echo throughout Latin America.

The extraordinary success of the Fabian Society convinced Ayau and his small group of followers (“rebellious improvisers,” in his words) that education of the influential elite and not of the masses was the most determining factor in the destiny of a country. For the university they founded, they developed a foundational document (Ideario/Philosophy) that imbues all aspects of the institutional structure with a classical liberal philosophical consistency: organization, administration, teaching activities, and relationship to society. Although a non-profit, the university is run as an entrepreneurial venture, subjecting the decisions and activities of authorities and teachers to the law of supply and demand.

When Ayau led the founding of CEES and later UFM, he was inspired by the example of others. It was the encouragement from scholars, promoters of ideas and intellectual friends made through organizations such as the Foundation for Economic Education and the Mont Pélerin Society that convinced him and his followers in 1971 to take up the daunting challenge of founding a classical liberal university, in a poor, third world country, where the battle of ideas had already moved beyond rhetoric and into the realm of violence. Manuel Ayau has, in turn, left an example that we hope will be emulated by others. We believe that Manuel Ayau’s lifework–his courage and humility; vision and self-sacrifice–can inspire others to undertake and succeed at great enterprises that will continue to expand human liberty around the world. 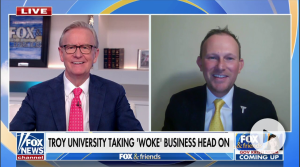 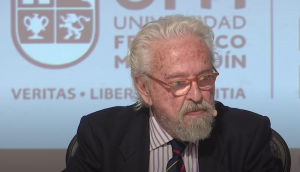 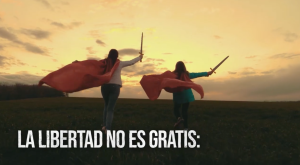