Michael D. Coe, famous archeologist, professor emeritus at the Yale University, coauthor of the book The Real History of Chocolate, and author of The Maya and Breaking the Maya Code, will be awarded with the Orden del Pop given by the Popol Vuh Museum of the Francisco Marroquín University. View the act,
here.

At the same ceremony the Huun Award offered by the archeology press will be handed.  This award is given since 2003 to journalists and photographers authors of the best news coverage and media release of Guatemalan archeology.

The award ceremonies will be held on Tuesday 25th of July, 2006 at 7:00 p.m. at the Juan Bautista Gutiérrez Museum.

In 1998, the Popol Vuh Museum created the Orden del Pop, an award destined to honor the merits of people who have contributed to the conservation, research or diffusion of Guatemalas cultural patrimony.  This symbolic award was conceived with the idea of recognizing and promoting the efforts of individuals who dedicate their time and energy for this purpose, being professionals of amateurs.  The award is a diploma and a golden pin with the Pop symbol, emblem of the Popol Vuh Museum.  It is handed annually at the Symposium of Archeological Research in Guatemala.

The Orden del Pop has been given to:

Ricardo Muñoz Gálvez (Guatemala)
Creator of the Museum of Culture at Cotzumalguapa, Escuintla.

Arthur A. Demarest (USA)
Archeologist with a wide trajectory on Mayan archeology. Promotor of archeological professionalization in Guatemala.

Ian Graham (Scotland)
Investigator and creator of the Corpus of Maya Hieroglyphic Inscriptions, a comprehensive effort in gathering and publishing the Mayan hieroglyphic texts.

Alain Ichon (France)
For his important trajectory in research and divulgation of Guatemalas history and archeology.

Federico Fahsen (Guatemala)
For his advances in Mayan epigraphy. 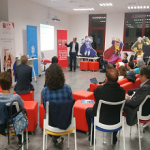 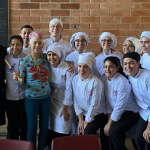 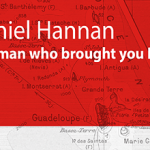